The various fellowships which comprise "Churches Together in Woking" kindly made donations towards the costs of a display to be placed in the "Woking Story" section of the Lightbox museum.

This display is now in place and was formally "launched" during January in the presence of Jonathan Lord MP, the Mayor, Councillor Tony Branagan, Mrs. Marilyn Scott Lightbox Managing Director and Mrs. Aileen McLeish chairman of the Lightbox Trustees. 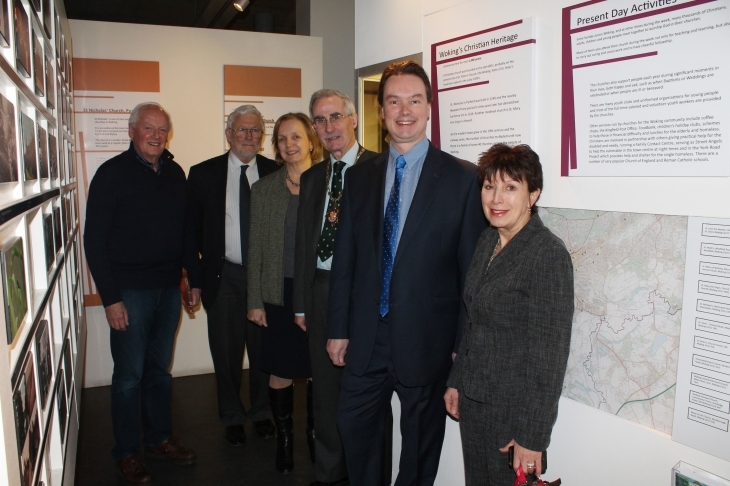 Apart from some history and some artefacts, the display includes a statement of Christian belief, a map showing locations of Woking's churches with buttons for children to press to illuminate a "church near you" and a video in which a couple of local teenagers give a tour of the town's Christian life. There are also postcards for enquirers to send off for further information.

We thank you most gratefully for your generous support of this project which is not merely intended to show the past influences which Christ's church has had on the town of Woking. More to the point, the display hopes to demonstrate what Christ's people are doing today to show His love and concern for our town - and thus, hopefully, to stir the interest of viewers (including the many school parties) to enquire further into the Christian faith.